GOLD output in China, the world’s largest producer, is poised to rise about 10% this year to a record even as bullion prices slump, the nation’s mining association said.

Output might rise as much as 440 metric tonnes, said Wang Jiahua, executive vice-chairman at the China Mining Association. The country, which overtook South Africa as the largest gold producer in 2007, had an output of 403 tonnes last year, according to data from the Beijing-based group, an affiliate of the ministry of land and resources.

Bullion extended its drop this year to 23% and hedge funds cut bets on a rally by the most since February after the Federal Reserve said it might slow a bond-buying programme that had been pumping stimulus into global markets.

That has not deterred buyers in the second-largest economy, which may pass India as the largest gold consumer this year, as regulators in Beijing make investing in the precious metal easier.

"The global economy isn’t out of the woods yet — the European sovereign debt crisis hasn’t been solved and many are still wondering if Abenomics in Japan will work, so gold’s downside should be limited."

Production gained 12% in the first four months from a year earlier to 122.89 tonnes, according to the producer-funded China Gold Association, which publishes estimates monthly.

"We haven’t heard of any Chinese miners opting to lower production because of the gold rout," said Le Yukun, head of metals and mining research at BOC International China. "All we can see now is that the slump in gold prices will curb investor interest in gold-mining assets. Every 10% drop in gold prices is likely to reduce profits at Chinese gold miners by at least 20%," said Mr Le.

Goldman Sachs Group cut its forecasts for gold through next year after selling quickened as investors priced in expectations of reduced asset purchases by the Federal Reserve.

Zijin Mining Group, China’s largest gold miner by market value, was seeking overseas investments as the slump in bullion had reduced valuations abroad, Lan Fusheng, vice-chairman at the company said last week. "We are looking at a number of projects."

These included three Australian projects that Barrick Gold put up for sale, Mr Lan said, adding that Zijin had not made an official offer yet because it is concerned about the quality of the mines and high production costs in Australia.

"Share prices of gold miners usually tend to fall faster and by a bigger measure than the underlying gold prices on the way down."

Berita gempar…pasaran saham dunia jatuh meredum…tahap tergolek…tak tahulah nak bangkit macam mana…
kenapa boleh jatuh…mari3 kita baca…
sumber:-http://finance.yahoo.com/marketupdate/overview?u
5:00 pm: Stocks were slammed today with their worst single-session percentate loss since December, 2008. On the surface, the rout came in response to news that analysts at Standard & Poor’s cut the US debt rating, but selling was really due mostly to what the downgrade suggested about macro conditions.
In an unprecedented move, analysts at S&P lowered their rating on US debt during the weekend. In turn, US debt is now rated AA+, down from the top-notch rank of AAA. Given that S&P is widely regarded as the most influential rating agency, it mattered little to market participants that Moody’s affirmed their AAA rating on the US.
Although many reports may blame this session’s precipitous drop on the S&P downgrade, the sell-off really came in response to what the downgrade signified, which is that the US economic outlook isn’t as strong as what many had thought. Moreover, any setback in economic activity could further strain US fiscal conditions, which were only recently addressed after weeks of wrangling among legislative leaders. Of course, the threat that the tenuous fiscal and financial conditions of Europe could deteriorate and create contagion have added to concern.
Amid heightened concerns about the macro environment, many traders are dumping stocks in the interest of building liquidity. Of course, their aggressive selling has only begotten additional selling among stocks
Apabila U.S baru mengumumkan hutang negaranya dan kadar faedahnya….maka pasaran saham dunia terus jatuh..disebabkan ini para pelabur melarikan diri dengan membeli asset sebagai pelindung kepada kekayaan mereka…kepada anda yg dah lama baca blog saya,tentu2 dah tahu apa yg saya maksudkan ….jadi…asset mudah adalah EMAS…dan PERAK…
Tuan-tuan dan puan-puan sekalian…semua ini adalah berpunca dari sistem perbankan yng berasaskan riba…..dalam agama islam…RIBA adalah haram sama sekali…Allah telah memberi amaran kepada kita pasal riba…mari kita lihat beberapa potong ayat dari surah Al-Baqarah 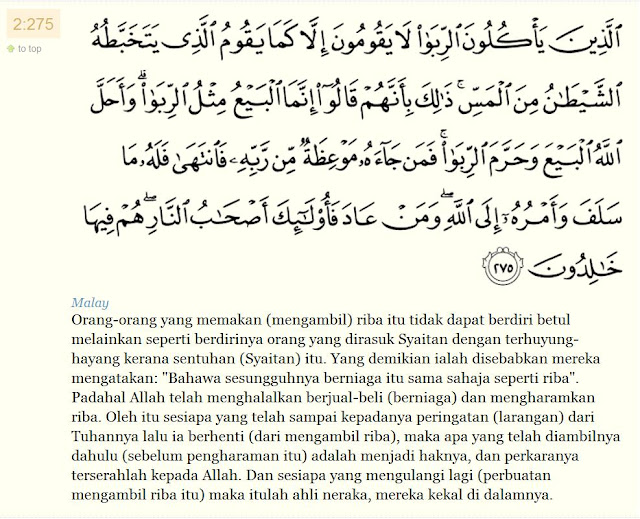 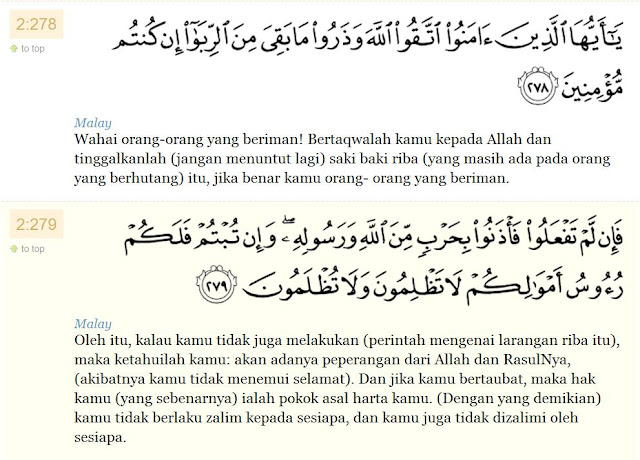 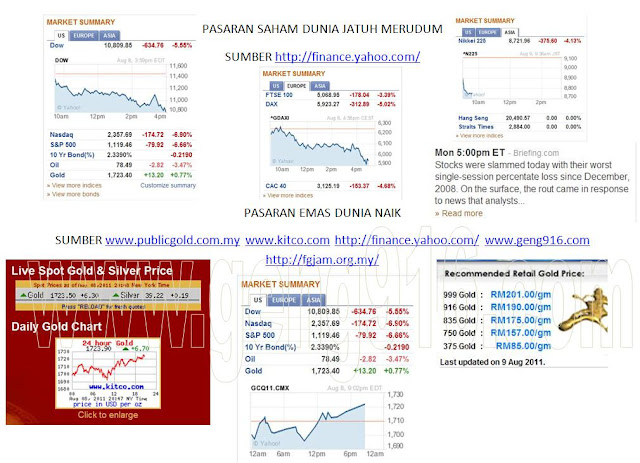 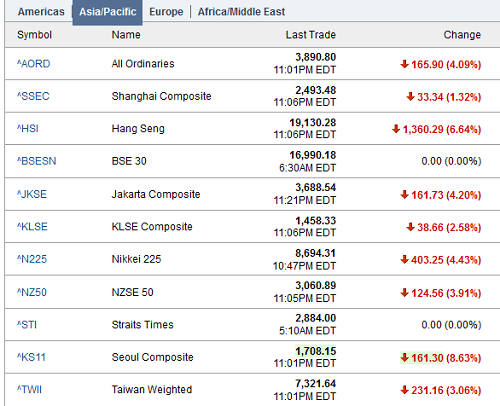 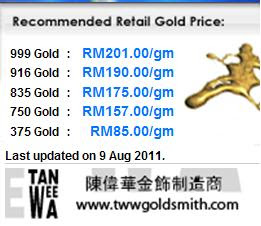 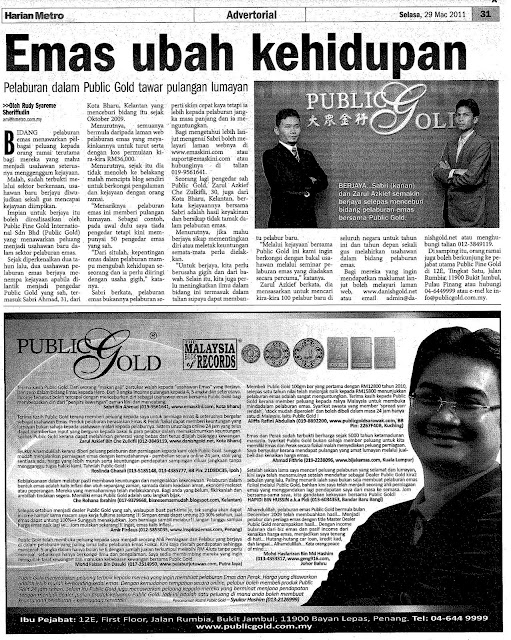 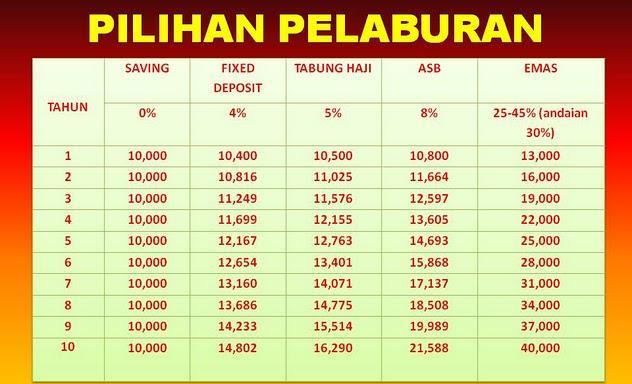 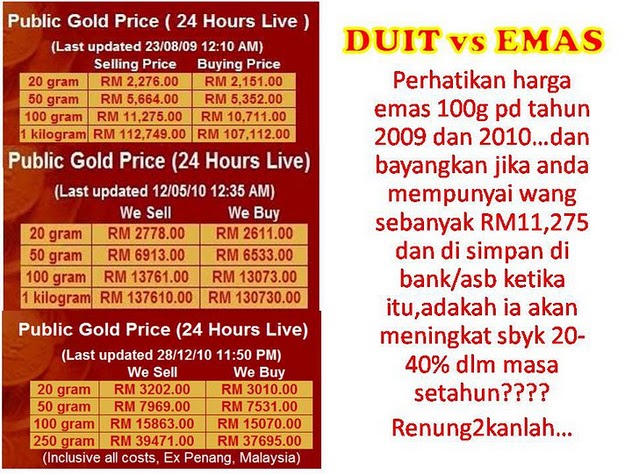